Upon her return to Europe in 2003 she joined the department of Fixed Prosthodontics headed by Prof. Urs Belser at the University of Geneva (Switzerland), where she holds the post of senior lecturer.

She has contributed several articles in the field of restorative dentistry and implantology and lectures internationally on a variety of topics related to dental wear and ADDITIVE dentistry. 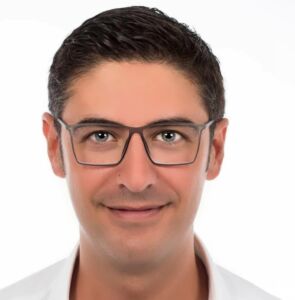 He completed a Master in endodontics with Dr. Fabio Gorni, in Milan, Italy in 2008.

He participated in continuing education courses with Dr. Didier Dietschi and Dr. Pascal Magne, during 2011 and 2012 in Geneva.

In 2013, he worked along with Dr. Francesca Vailati, in Geneva and continued to be part of the 3STEP Academy contributing with his experience to teach the 3STEP technique. 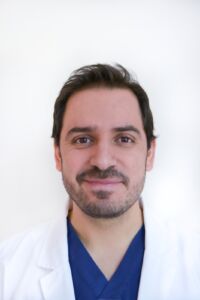 In 2008 he obtained his Doctor of Dentistry degree from Universidad Diego Portales, Santiago, Chile.

In 2020 he began his training with Dr. Francesca Vailati, obtaining his certification in Additive Dentistry at 3STEPacademy. He is a member of the 3STEP ACADEMY and an ambassador in South America.

Dr. Alonso Hidalgo Salas currently works as a full professor in the prosthodontics specialization program at the Andrés bello University, as well as a prosthodontist at the San José medical complex in Chile where he is dedicated to Aesthetic Restorative Dentistry and Additive Dentistry.

In 1998 she obtained the diploma of Medecine at the university of Valencia, Spain. She worked in several hospitals in Switzerland where she was homologated before starting dental school.

In 2004 she received her dental degree from the University of Geneva.
Then, since 2004 she joined the department of Cariology and Endodontics with Prof Krecji and Prof D. Dietschi where she obtained her degree as Doctor in 2011 and she has contributed several articles in the field of conservative and additive approach for restoration of dental wear.

She worked since 2009 at the prosthodontics department with Prof Belser and with Prof I. Sailer, where she worked along with Dr. F. Vailati and continued to be a part of the 3 STEP academy.

She has maintained various teaching positions in both departments since 2004 until 2019.

Page load link
We use cookies on our website to give you the most relevant experience by remembering your preferences and repeat visits. By clicking “Accept All”, you consent to the use of ALL the cookies. However, you may visit "Cookie Settings" to provide a controlled consent.
Cookie SettingsAccept All
Manage consent

This website uses cookies to improve your experience while you navigate through the website. Out of these, the cookies that are categorized as necessary are stored on your browser as they are essential for the working of basic functionalities of the website. We also use third-party cookies that help us analyze and understand how you use this website. These cookies will be stored in your browser only with your consent. You also have the option to opt-out of these cookies. But opting out of some of these cookies may affect your browsing experience.
Necessary Always Enabled
Necessary cookies are absolutely essential for the website to function properly. These cookies ensure basic functionalities and security features of the website, anonymously.
Functional
Functional cookies help to perform certain functionalities like sharing the content of the website on social media platforms, collect feedbacks, and other third-party features.
Performance
Performance cookies are used to understand and analyze the key performance indexes of the website which helps in delivering a better user experience for the visitors.
Analytics
Analytical cookies are used to understand how visitors interact with the website. These cookies help provide information on metrics the number of visitors, bounce rate, traffic source, etc.
Advertisement
Advertisement cookies are used to provide visitors with relevant ads and marketing campaigns. These cookies track visitors across websites and collect information to provide customized ads.
Others
Other uncategorized cookies are those that are being analyzed and have not been classified into a category as yet.
SAVE & ACCEPT
Go to Top